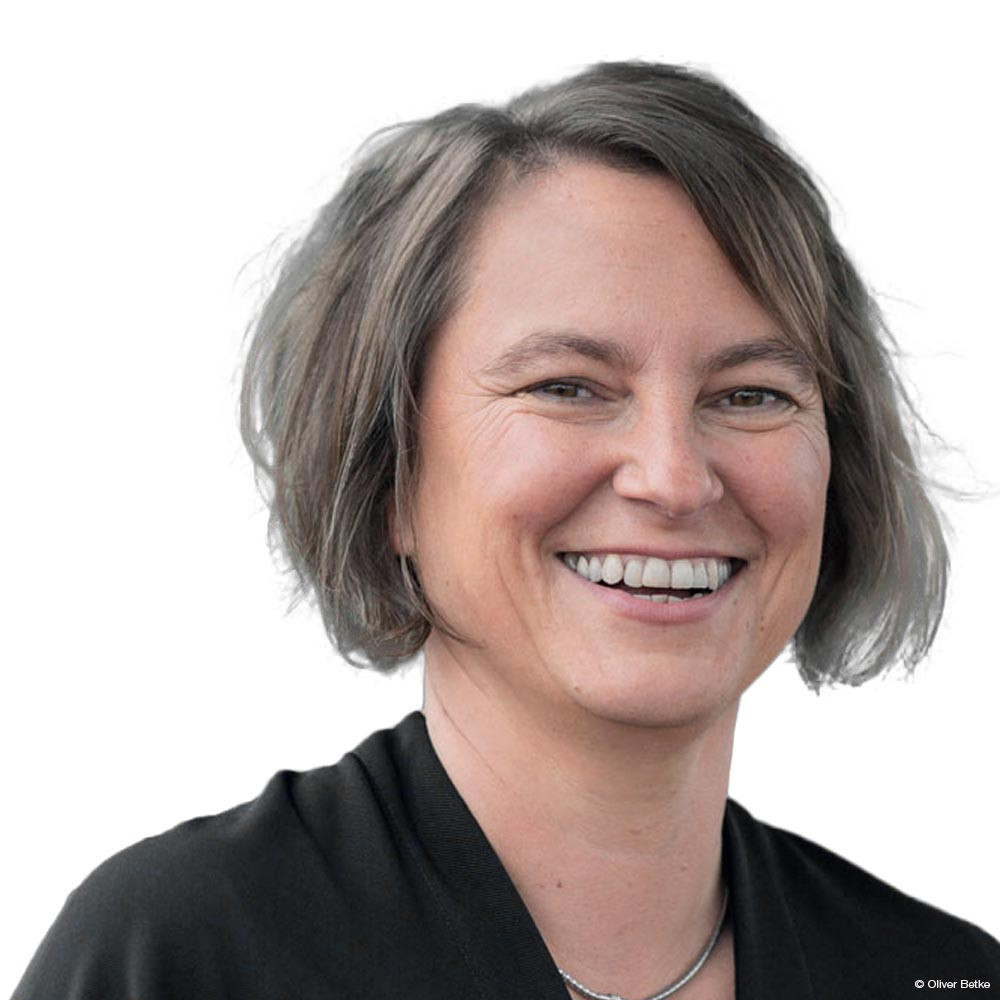 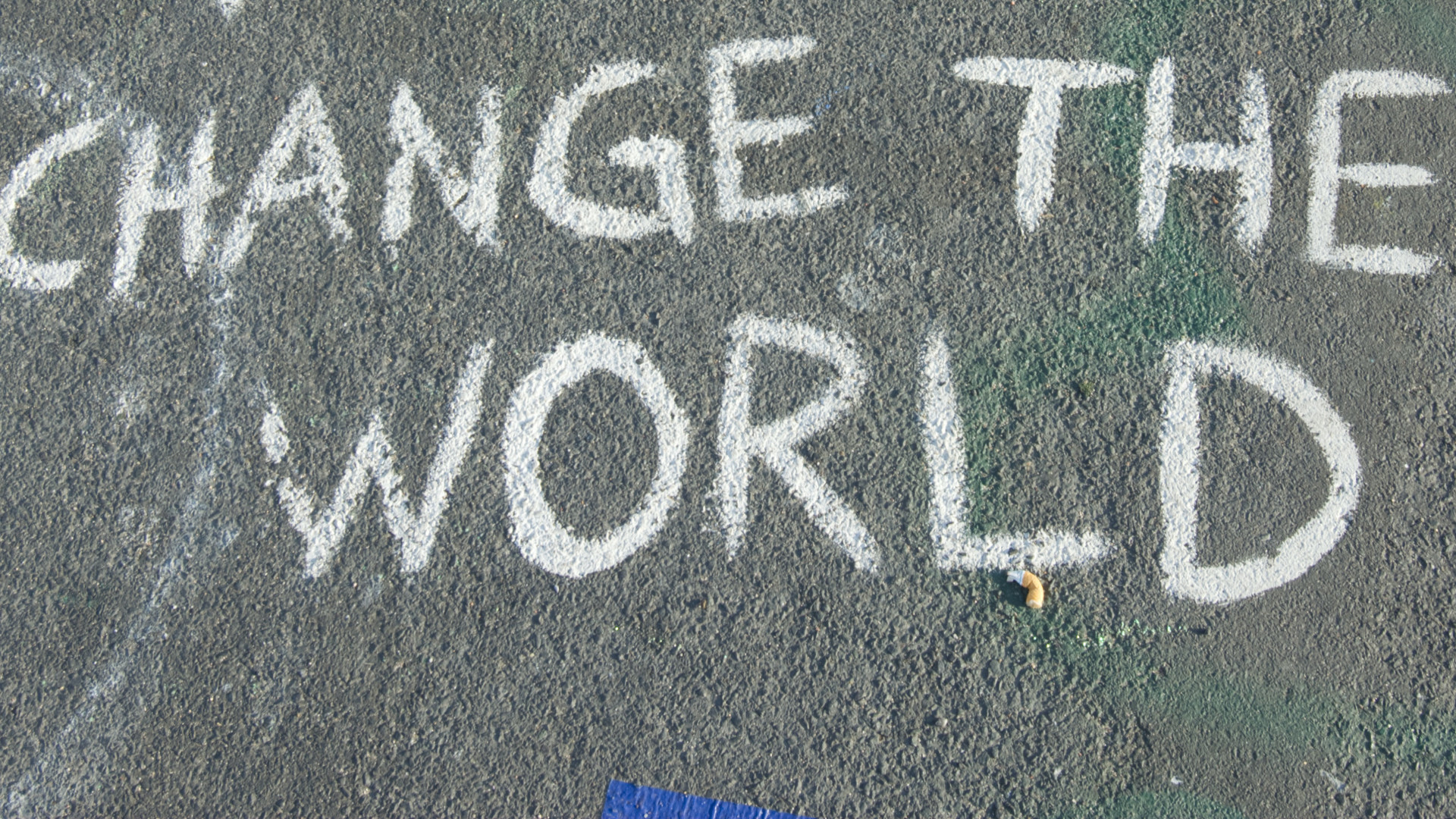 This year marks the fourth anniversary of the German Pay Transparency Act coming into effect. The aim of its creators was to strengthen the principle of fair pay in practice and to eliminate all discrimination in the field of compensation. Henrike von Platen, CEO of the FPI Fair Pay Innovation Lab, and hkp/// group compensation expert Jennifer S. Schulz in conversation with hkp.com.

Ms. von Platen, Ms. Schulz, considering the intentions behind the legislation, what conclusions can you draw four years on from the Pay Transparency Act coming into force?

Henrike von Platen: The act already has the term transparency in its title; this makes it explicitly clear that a right to information exists. For a country like Germany, where money isn’t so often talked about, this alone changes a lot. Confidentiality clauses exist in German contracts even now, and many people are unaware that these are not, for the most part, legally binding. The law has created a different level of awareness. Money is being talked about, and not just behind closed doors.
Jennifer Schulz: From our point of view, the act has also been an important driver for businesses to recognize that there is need for action and to respond accordingly. The act has made clear that equal pay is an obligation, not optional.
Henrike von Platen: ... and not just against the backdrop of relevant legislation. Germany is currently facing a shortage of skilled workers. No business can afford to be without women and allow itself to be noticed for discriminatory practices.

Are you able to provide specific data to substantiate the success of the act?

Henrike von Platen: An evaluation of the Pay Transparency Act showed that over 40 percent of companies reviewed their pay structures. And any company that does identify unfair pay during its analysis acts differently going forwards. Without delving deeper into the statistics debate: the average pay gap in Germany has fallen from 21 percent in 2017 to 18 percent today overall. We’re on the right track.
Jennifer S. Schulz: Our consultancy projects also show an increase in companies conducting internal analyses to assess their own situation since the act was introduced. Unfortunately, this hasn’t yet led to greater transparency across the board. It’s hard to shake off the impression that, in Germany, active communication only happens where the message is a positive one.

Are you referring to your evaluation of HCM reporting by leading listed companies?

Jennifer S. Schulz: I am indeed. Only one of 30 DAX-listed companies reported on the use of the right to information, namely Deutsche Bank, a company that is required by law to disclose the relevant data. So, with a headcount of 37,000 in Germany in 2020, only 47 requests for information were submitted and most of these were by women. The result: No structural differences in pay were identified.

That sounds encouraging. But the right to information also presents challenges, doesn’t it?

Henrike von Platen: Above all, the right to information wasn't asserted nearly enough. This isn't really surprising; until now, it has been the responsibility of employees to request information in Germany. The fact that this information is provided, doesn't mean that the salary will actually be adjusted. The only option that then remains is to lodge an equal pay claim. This individual right only has an indirect impact on changing structures.

If employees believe they have been discriminated against, should they claim straight away?

Henrike von Platen: No, definitely not. It’s advisable to speak with your line manager or HR first. The best approach here is to ask what criteria is actually used to decide your salary and what you would have to do to earn more. That way, the conversation isn’t confrontational but opens the door to an amiable and informative discussion on why you earn what is paid into your account each month. This alone sparks a greater awareness of compensation issues.

In view of the current legal situation and regulatory framework, is there a need for further action on the issue of equal pay?

Henrike von Platen: We urgently need to shift the burden of proof. It is the employers who should have to prove that they pay all their employees fairly.
Jennifer S. Schulz: The process is actually changing as we speak. In January 2021, the Federal Labor Court ruled that differences in compensation revealed through a disclosure of information process can indicate discrimination and must be explained by the employer.
Henrike von Platen: There is also a new EU directive that takes exactly the same line. It commits companies to transparency. And there are to be significant financial consequences for companies that fail to pay fairly.

Do we need more laws?

Jennifer S. Schulz: The majority of companies don’t intentionally discriminate with regard to pay. A legally embedded impetus therefore creates awareness of the issue and, more often than not, also gives rise to relevant review processes. However, the pressure for transparency isn't only increasing as a result of legislation. Particularly the clearly communicated investor demands for long-term plans towards greater diversity, equality and inclusion, as advocated most notably by the world's largest investor BlackRock, will lead to transparent disclosure on fairness in compensation in the short to medium term.
Henrike von Platen: But it’s also about stereotypes. If we want to see more women in leadership, we need more men on parental leave, more part-time opportunities and more shared leadership options. These are all stepping stones on the way to equality. The clichés in all our heads also play a role here. Women often demand just as much as men but their demands are not met as often. We tend to see demanding women as being unlikeable, whereas demanding men are seen as confident and assertive.

So, reframing the question then: do we perhaps need better laws for widespread social change?

Henrike von Platen: No, no company needs to wait for the right law to come along, and it wouldn’t make sense for all those corporations that operate on an international level anyway. Fair pay is possible regardless of the number of employees, the size of the company, its location or the legislation in force there. The best thing to do is get started right away with an analysis as a first step. Many fear the costs of fair pay but this is unfounded. Most also underestimate how much more it will cost them if they don't act.
Jennifer S. Schulz: We certainly need societal change. Fair treatment of one another, and consequently fair pay, should be part of our culture in general – at both corporate and societal levels. This requires becoming aware of your own prejudices and stereotypes, being willing to work together for change and having the courage to advocate for it. The key point here is to become active yourself without waiting for legislature to intervene.

Where does Germany stand in international terms with its efforts to achieve fair pay and pay transparency?

Henrike von Platen: New equal pay laws are currently being passed, or are already in force, in various countries around the world. In the UK, companies are required to publish their gender pay gaps and gender-stereotypical advertising is also banned there. In France, non-compliance with gender equality requirements is subject to financial penalties. And in Iceland, companies pay fines if they fail to prove that they pay all employees fairly. Between 2006 and 2019, Iceland succeeded in reducing the pay gap from an average of 24% to 14%.

To what extent can platforms such as Kanunu or Glassdoor create the wished for transparency on compensation issues and consequently draw attention to discrimination?

Jennifer S. Schulz: Such platforms are certainly conducive to transparency. However, to be a reliable benchmark, a validation process would need to be in place to at least verify the plausibility of the self-disclosure which the databases of such platforms rely. This is the only way to avoid potentially misleading distorted market data.

Ms von Platen, Ms. Schulz, thank you very much for taking the time to speak to us. 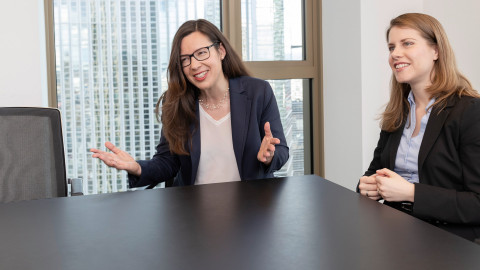 There are numerous theories about the drivers of executive compensation. But which statements actually stand up to systematic analysis? hkp.com talked to hkp/// group compensation experts Jennifer S. Schulz and Verena Vandervelt. 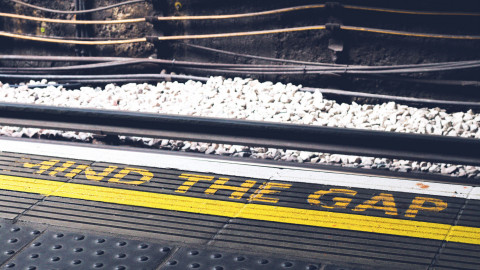 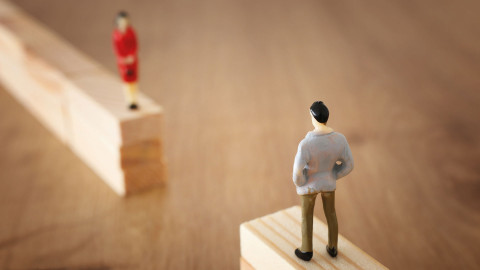