Jouco Bleeker has over 25 years corporate and consultancy compensation experience from Mercer, Shell, and ING – in Europe and the USA. His expertise encompasses executive compensation, job evaluation, expatriate policies, global grading and benchmarking. He has been instrumental in the successful redesigns of corporate HR policy and organizational structure. Jouco holds degrees in History and Law from Leiden University.

In 2008 Jouco acquired RemuNet Associates and led the firm’s rapid global expansion – from the clients served to the portfolio of successful HR and HR-IT solutions for corporate pay and policy. With the acquisition of RemuNet in 2013, Jouco joined hkp/// as Senior Partner, while continuing as Managing Director of hkp/// RemuNet.

Jouco Bleeker has over 25 years corporate and consultancy compensation experience from Mercer, Shell, and ING – in Europe and the USA. His expertise encompasses executive compensation, job evaluation, expatriate policies, global grading and benchmarking. He has been instrumental in the successful redesigns of corporate HR policy and organizational structure. Jouco holds degrees in History and Law from Leiden University.

In 2008 Jouco acquired RemuNet Associates and led the firm’s rapid global expansion – from the clients served to the portfolio of successful HR and HR-IT solutions for corporate pay and policy. With the acquisition of RemuNet in 2013, Jouco joined hkp/// as Senior Partner, while continuing as Managing Director of hkp/// RemuNet. 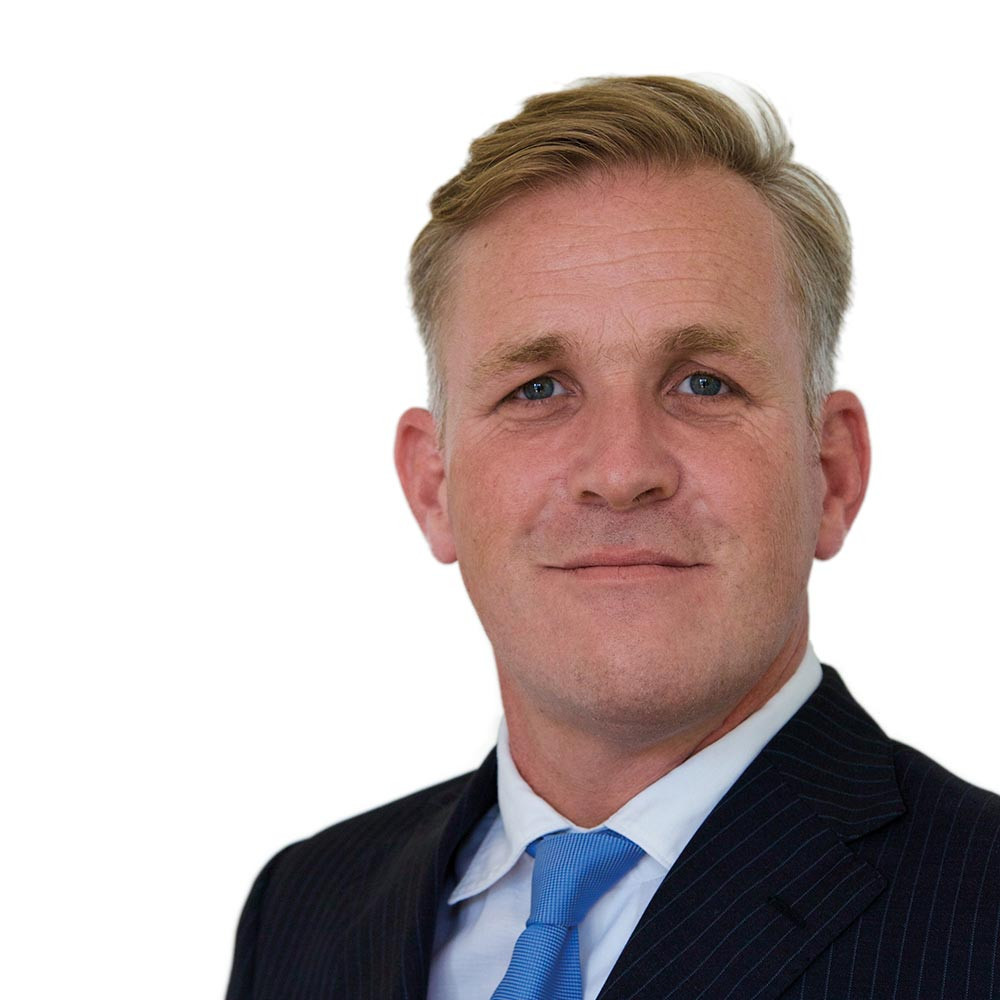 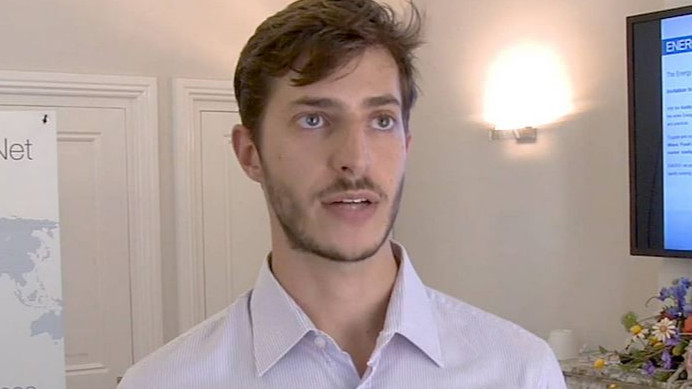 The global energy transition presents threats and opportunities for both renewable companies and the traditional Oil and Gas industry (O&G). Jouco Bleeker and Gustavo Hamú about the “winds of change” in the energy sector.

Mr Bleeker, Mr Hamú, U.S. President Trump recalled the commitment on the 2015 Paris Accord for climate protection in order to strengthen the fossile energy industry. Is this the end of the booming green energy sector?
Jouco Bleeker: Absolutely not. The renewable energy train has long left the proverbial station. The shift from fossil towards green energy is undeniable and the International Energy Agency, IEA, predicts a 42 % increase of global renewable electricity capacity between 2016 and 2021.
But figures like this base on the assumption that other governments will stay in and keep their efforts reducing carbon emissions. What makes you so confident in other nations’ consistence?
Jouco Bleeker: Countries invest in renewables not only to help the environment or address the demands of their constituents, they also invest to benefit from the industries and economies being created by renewables, while taking part in the sustainable future that renewables promise.
Gustavo Hamú: Furthermore, the slump in oil prices is also driving the energy shift. While the costs of conventional fuels will continue to swing up and down as they have in the past decade, renewables are headed in one direction only: falling steeply. Even the most traditional oil producing regions have begun to follow the global trend towards renewables. Countries in the Middle East for example are focusing on solar.

Do these developments remarkably affect the global energy labor market?
Jouco Bleeker: Yes, indeed! The renewable industry sector employed 9.8 million people in 2016, a jump of more than 2 million jobs since 2012. Countries that lead in renewable jobs are China, Brazil, the United States, India, Japan and Germany. China currently dominates this list with 3.6 million jobs, while Germany is the European leader with 334 thousand jobs. The “clean industry” creates new jobs and new job requirements – that is a simple and measurable truth.
Gustavo Hamú: An analysis by the International Renawable Energy Agency, IRENA, suggests that jobs in the green sector could rise to 24 million in 2030. This growth is contrasted by the trends in the O&G industry sector, which has laid-off over 440,000 people in the past two years. The United States alone accounted for 40% of the job loss.
Consequently, the employees in the G&O industry have serious cause for concern?
Jouco Bleeker: Yes and no. The good thing is that new vacancies in the renewable industry are also being filled by former O&G professionals. hkp/// RemuNet research identified that many of the skills between both industries are highly transferable. Furthermore, with O&G being a mature industry and – like renewables – a capital-intensive business, there are many opportunities to share expertise and work: best practices, project design and management, business modeling, training, quality standards and controls – to name a few.
So, what are the obstacles then?
Gustavo Hamú: Transitioning from fossil to renewables can be difficult for professionals who have specific, niche skill sets, for instance in production or petroleum engineering. Staff within these functional groups do not fit most green energy roles.
Jouco Bleeker: In the short term, the heated renewable job market with high demand for professionals and scarce skill-sets push salaries up. In fact, according to the US Bureau of Labor Statistics, the 2016 average annual wage within solar electric power generation was 90,250 USD, while professionals from fossil fuel electric power generation were paid, on average, 77,990 USD.
… and certainly oil price fluctuations create an unstable career path for O&G professionals?
Jouco Bleeker: Indeed, in the longer turn, this will lead to a shortage of staff within the fossil energy industry as well as pay pressure to retain existing workers.
How do companies meet challenges like this?
Gustavo Hamú: To bridge the talent gap and to avoid costly new recruits, governments and global energy companies have been launching training initiatives. For example, the Scottish government is funding a £12 million O&G transition training fund, while Maersk Oil launched a training transition program providing technical training and dedicated career advice for professionals seeking to move to renewables.
Jouco Bleeker: Attracting and retaining, but also training and transitioning existing and specialist labor will be an increasingly critical component for any successful energy strategy, whether within the traditional O&G or the promising renewables industry.
How will hkp/// RemunNet contribute in that transition?
Gustavo Hamú: We run a number of Compensation Networks for specific industries, and so do we among Upstream O&G operators and their service providers. Here pay, policies and broad HR practices are benchmarked and exchanged.
Jouco Bleeker: That’s an established business for us. For over 20 years, major energy companies have worked with hkp/// RemuNet to co-create and share reliable industry C&B benchmarking insights, market intelligence and advise, global grading and organizational design. In order to help our clients realizing their renewable strategies and energy transitions, we are expanding these long running networks for the O&G industry to include renewables companies, jobs and skills sets.
To what extent do the renewable players’ needs with regard to compensation practices, career paths etc. differ from the one of traditional O&G providers and how is that mirrored in your Networks?
Jouco Bleeker: Actually, there are not many differences. Compensation practices in the fossil energy lean on specific circumstances related to the often remote areas where production takes place, such as hardship-, off-shore and other allowances. Also, since it’s a continuous business, items such as shift pay – also for university educated engineers – is often part and parcel of the overall compensation. Therefore, this also applies to renewables to a certain degree if we’re talking off-shore wind parks or solar capacity in a desert environment.
Gustavo Hamú: Our annual benchmark is designed flexibly, such that these differences can be assessed separately and together. This way, employers on either or both sides of the fossil and renewable energy market benefit in terms of their market intelligence.
Mr Bleeker, Mr Hamú, thank you very much for the interview. 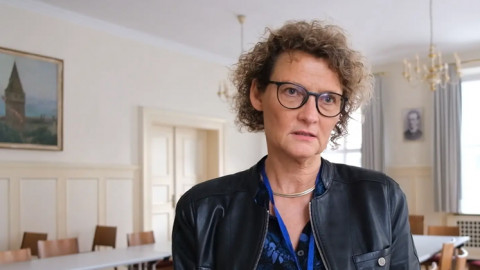 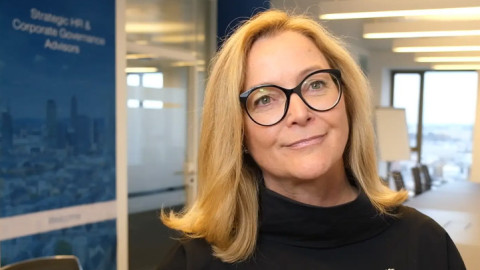 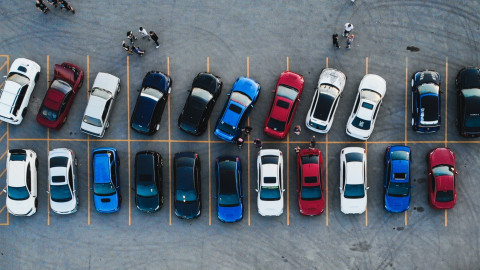